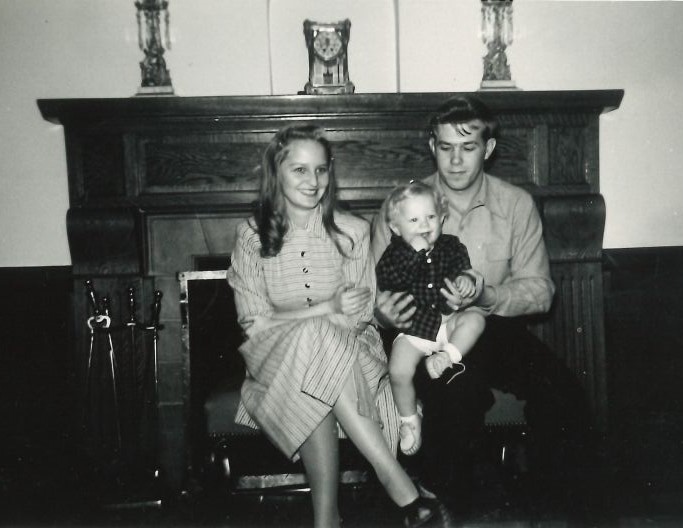 I would like to introduce one of our Central Valley Recovery Services board members who has provided service to our community for over 20 years.  Harold Frank Wyatt, best known as Hal, has worked with CVRS in a volunteer capacity and as an active member of our Board of Directors longer than he can remember, (really!)

Although born in Reno, Hal has lived most of his life in California’s Central Valley.  His father attended the University of Reno, where he majored in business.  Hal’s mother attended the University of Southern California where she majored in English.  (Interesting fact:  Hal’s mom competed in ice skating while at USC.) Hal’s parents met in 1946 when friends of his family introduced them, and they settled in Nevada and began to raise a family.  When Hal’s extended family needed help, the Wyatt’s picked up and traveled West.

Hal’s Grandparents owned a citrus ranch in Central California. When his grandfather passed away, Hal’s parents moved to Central California so that they could help his grandmother manage the ranch.  That is how Hal came to be a California native, and a Tulare County resident for the next 73 years.  Hal was surrounded by citrus while growing up on the ranch.

Hal attended Tulare County schools and is a graduate of Strathmore High School.  Like many of our readers, Hal attended the College of the Sequoias and Porterville College for two years before he transferred to Cal Poly, Pomona.  At Cal Poly, Hal continued his education.  Hal increased his knowledge of the citrus industry, and learned more about the business of producing, harvesting, and selling citrus throughout California.

Hal met his wife, Mona, when they worked together at Arlington Heights Citrus in Riverside.  Mona worked in accounting.  As we might guess, Hal worked with citrus production.  The two moved to Lindsay where they lived for twenty years, and then settled in Lemon Cove eleven years ago.  So once Hal came to California, he stayed firmly planted in the Central Valley.

Hal and Mona have three sons and one daughter together, raised them all here in the Central Valley, and now are proud to have three grandchildren, and five great grandchildren!

Hal has been focused on the citrus industry his whole life.  He held only three jobs over his entire career.  He collaborated with his dad on the family ranch, worked as a field supervisor at Valdora Produce, at Arlington Heights and then became a leading member of the Corona College Heights in Tulare County until his retirement.  (Life gave Hal Lemons and he really made lemon-aid!)

Community has always been an important focus for Hal.  He is an ardent supporter of his neighbors in Lemon Cove.  He provides service to the schools, within his church and he is a big supporter, along with his wife Mona, of the Lemon Cove Women’s Club.  Clearly Hal believes in “local” and is a hands-on and in-person volunteer in every sense of the words.

I asked Hal what he would like for us to know about him.  He said, “I want people to know that I truly care about the people we serve.” He wants to support their healing and to be present for them, in the way that others were, and still are, present for him.

Over the years, Hal has grown to love the young people of Lemon Cove.  He says that he did not start out wanting to work with kids, but, surprisingly, he found that, “kids seem to like me.” He informally provides mentorship to youth from the local Lemon Cove elementary school, and he is also a resource to troubled young adults in his community.  He tries to guide them through their struggles. “I hate to see someone lost in the system!”  Hal admits that he often is reminded of himself when he sees these young people struggling and wants to guide them toward a positive future.

When Hal talks about “kids” he is also referring to many of our CVRS adult clients who he has worked with over the years.  He says the clients we serve did not always have the support of family to guide them, and much of the time they are really just kids, who just don’t know how to be adults.  Guiding others toward a more “fruitful” future is clearly Hal’s super-power!

We say a resounding “THANK YOU” to Hal for his many years serving our “community” here at Central Valley Recovery Services.