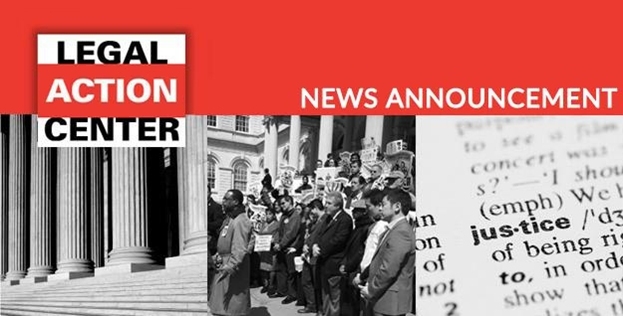 Analysis Uncovers Significant Inequalities Between Mental and Physical Health: Lower Payments to Providers and Vast Disparities in Access to Benefits

November 30, 2017 – Medical and surgical healthcare providers are receiving significantly higher payments from insurers than addiction and mental health practitioners for the same types of services, finds a groundbreaking, independent report published today by Milliman, Inc. and released by a coalition of America's leading mental health and addiction advocacy organizations including the Legal Action Center. In the Milliman report, commissioned by the Bowman Family Foundation, researchers found that along with payment disparities, which occur in 46 out of 50 states, "out-of-network" use of addiction and mental health treatment providers by consumers is extremely high when compared to medical and surgical providers. This perfect storm of factors reveals that patients are being forced into more costly out-of-network care, and can mean that treatment is abandoned altogether.

Milliman researchers used three years of insurer claims data from 2013 to 2015 covering 42 million Americans, and looked at inpatient and outpatient services, primary care office visits, and specialist office visits, comparing in-network and out-of-network claims in all 50 states and D.C. When taken together, the analysis paints a stark picture of restricted access to affordable and much-needed addiction and mental health care in an era of escalating suicide rates and opioid overdose deaths. Further, these disparities point to potential violations of federal and state parity laws, which require insurance companies to treat diseases of the brain, such as clinical depression and opioid addiction, the same way they treat illnesses of the body, such as cancer and heart disease.

"These findings present a compelling case for stronger enforcement of the Parity Act at the state and federal levels, and a new framework to ensure that insurers are complying with the law BEFORE they sell plans to consumers" says Ellen Weber of the Legal Action Center, who is directing a new Campaign called Parity@10 which brings together national and local advocates in ten states to improve compliance with the Parity Act.

"Clearly, these access restrictions fan the flames of the opioid crisis and suicide deaths, two of the most urgent public health challenges we face as a nation," said former Congressman Patrick J. Kennedy (D-R.I.), member of the President's Commission on Combating Drug Addiction and the Opioid Crisis and founder of The Kennedy Forum, a partnering organization in the Partiy@10 Campaign. "If nearly 300 people dying each day from overdoses and suicides isn't sufficient to motivate insurers to take immediate action to improve access to the full range of in-network benefits, we have a real problem—and it's time to start holding them publicly accountable."

While payments to mental health and addiction providers were decreasing in comparison to medical providers, out-of-network visits for inpatient and outpatient behavioral health services were dramatically increasing. Nationally, Milliman researchers found that in 2015 on average:

"The numbers tell a story—and it's a painful one for those seeking treatment for mental illness or addiction," said Mary Giliberti, CEO of the National Alliance on Mental Illness. "Behind those numbers are millions of Americans who can't get the care they desparately need."

The report was developed by Milliman, Inc., an independent actuarial and research institution.

The report and full data sets are available here: http://Milliman.com/NQTLDisparitiyAnalysis

This release is issued by the following groups: The Legal Action Center, Parity Implementation Coalition, National Alliance on Mental Illness, The Kennedy Forum, National Association of Addiction Treatment Providers, American Foundation for Suicide Prevention, The Treatment Advocacy Center, and National Association of Psychiatric Health Systems, all of whom have been working to support parity since the 2008 passage of the Mental Health Parity and Addiction Equity Act. Since 2008, there have been dozens of national and state reports documenting major compliance problems with this federal law, and severe access issues for consumers.

Established in 1973, the Legal Action Center is the only non-profit law and policy organization in the United States whose sole mission is to fight discrimination against people with histories of addiction, HIV/AIDS, or criminal records, and to advocate for sound public policies in these areas.