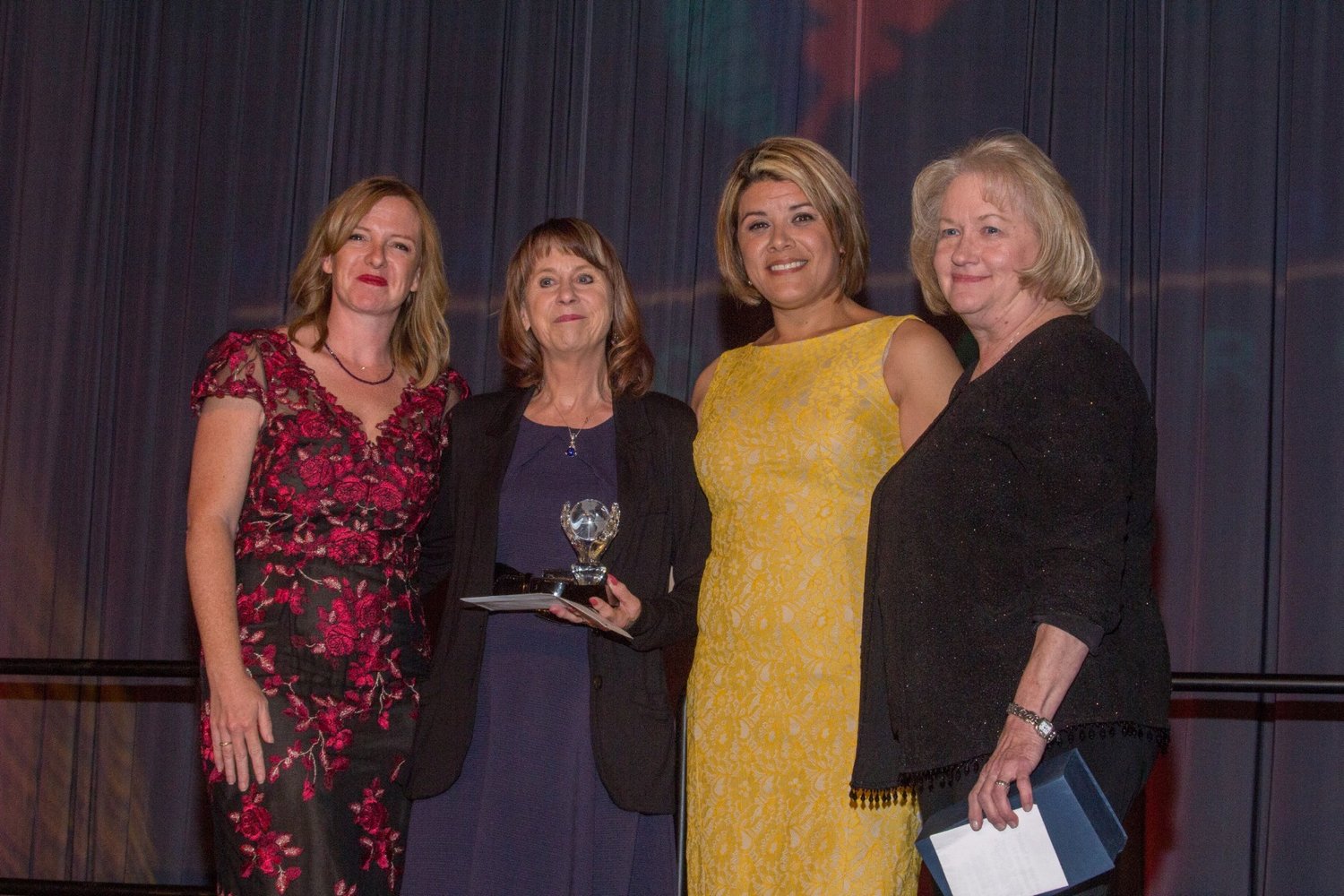 BY    Danielle A Martin, Visalia Times-Delta

A city thrives when its businesses provide outstanding service year after year and its individuals show support to the businesses, nonprofits, special events and other services within the community.

Every year, people in Visalia gather to shine light on a few select people and companies that have gone the extra mile in making Visalia one of the happiest places to live in America, according to a recent study.

On Thursday, more than 550 people representing 100 businesses attended the Visalia Chamber of Commerce 2017 Awards Ceremony at the Visalia Convention Center.

“What is most exciting about annual awards is that we as a community take time to honor those businesses and individuals who have given of themselves in the most fundamental of ways," said Nathan Halls, who is the incoming board chairman. "These awards represent years of hard work and dedication to our city."

The awards are selected by two committees made up of past winners, chamber board members and people of the community. One committee selects the Man, Woman and Young Professional of the Year while the other selects the businesses.

Halls said it takes two things to stand out in the community and to be noticed by the committees--passion and heart.

"There is something honest and special in person or an organization that has found what they were put here to do. There is a light that shines through them," he said. "When such a person or organization is nominated and the selection committee speaks to their customers, co-workers, friends or people in the community who know them, that light comes through in each interview. Once you see the real thing you know it."

This year, the Man, Woman and Young Professional of the Year were secretly nominated by co-workers, family member or friends who also acted as references the committee based the award on.

"These are ones that go above and beyond to provide for our community," said Donte Rosh, Leadership Development Coordinator.

Small Business of the Year: The Planing Mill Artisan Pizzeria

Man of the Year: Terry Omman, who also received an honor from the Visalia City Council was named Historian Laureate. He was honored with a special presentation from Mayor Warren Gubler.

"This is not only a great honor which highlights the very best of our community but it is also, I hope, a moment of reflection for everyone else," Halls said. "It is a challenge for us to examine ourselves and to resolve to make a difference for our families, neighbors, co-workers and customers."